I guess I am just spending a lot of time thinking about what food has meant to me my whole like. Both my parents grew up pretty poor.

My family is not poor, we're your typical middle class American family (both my husband and I work), but I love some of the simpilist dishes you could imagine, particularly the stuff I grew up on.

We are all healthy and happy and I have the piece of mind knowing that we are eating home cooked meals. Thouh I think I made it sound simplier than it really is. I actually put a lot of effort into making things as healthy as I can.

My mother did the same thing but she never counted a calorie, or looked on the nutrion facts. I really don't think that they had them when we were growing up. But we were also happy and healthy. I think that the trick might be making extremely simple meals. But she really never had to count calories. She simply choose the right foods to eat. 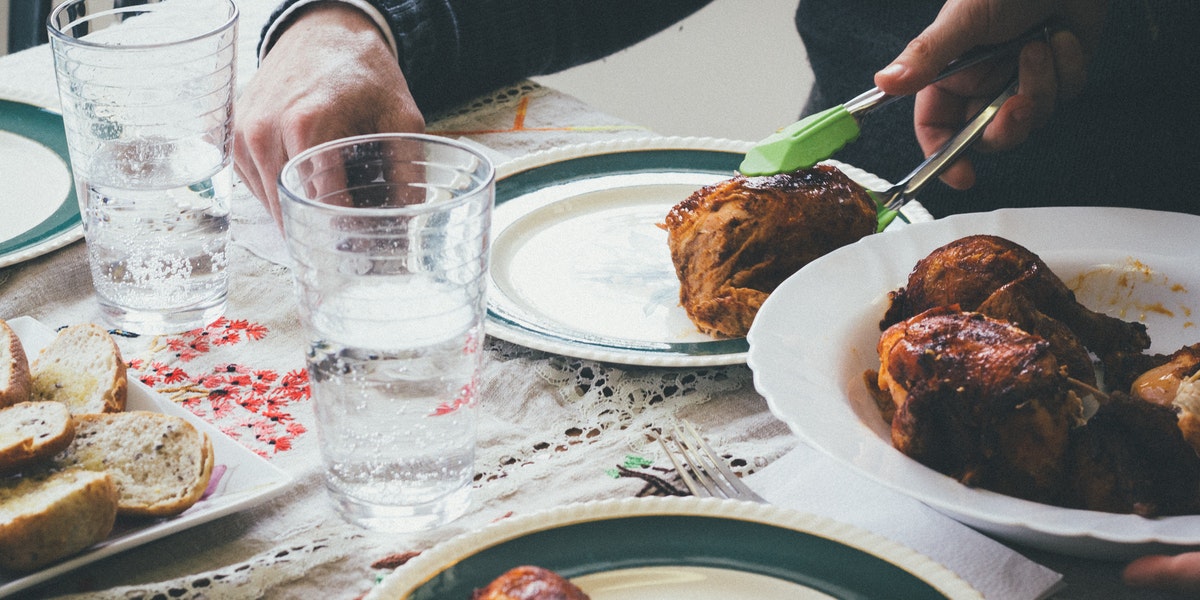 I think mainly because she didn't have the option to spend a small fortune on chips, candy, and soft drinks. When we had them it was as a treat, and it actually was a treat for us growing up.

I make sure my childen see it as that as well.

My new co-worker, she told me that coffee was bad for you and plus she didn't like the taste. The same went for tea, though she "would" drink it with sugar and milk. She thinks that water is a fad and prides herself on the fact that she has gone without drinking a glass of water in over a year.

Last week she had five kidney stones removed. Five, and they were all over an inch. Three of them were between one and two inches. That is what happens when you only drink the fun beverages.

She is twenty-two years old by the way.